About the payroll tax table extra earnings in a extra run

This annual wage field is used if an Additional run is processed with only Extra Earning (in Dutch: Bijzondere Beloning). 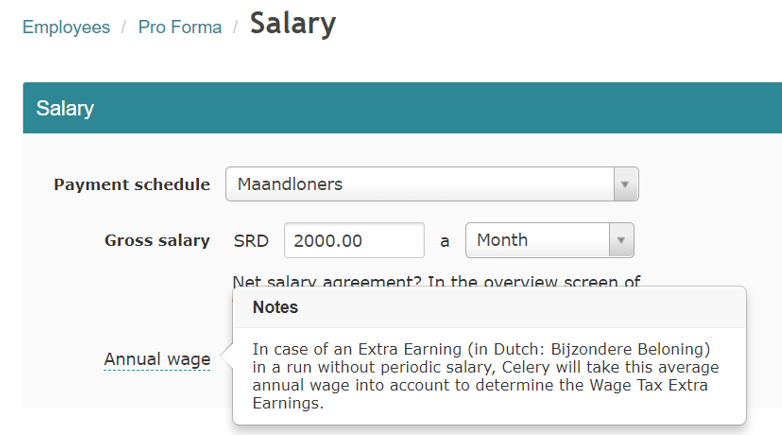 The Wage Tax Extra Earning (in Dutch: Loonbelasting Bijzondere Beloning) is normally calculated taking into account the regular wage in the same pay run. However, it is possible that there is no periodic wage in the run concerned. In that case, Celery calculates the periodic wage on the basis of the annual wage.

If, for example, SRD 60,000 has been entered in the annual wage field, Celery will take into account a monthly wage of SRD 5,000 and the pro rated Extra Earning will be added to that monthly wage to determine the Wage Extra Earning.

The wage tax will then be SRD 216.00 and is calculated as follows: 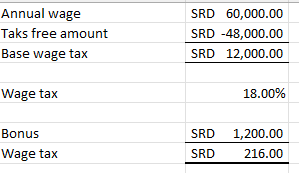 Did you find it helpful? Yes No

Send feedback
Sorry we couldn't be helpful. Help us improve this article with your feedback.

Write to Us Now